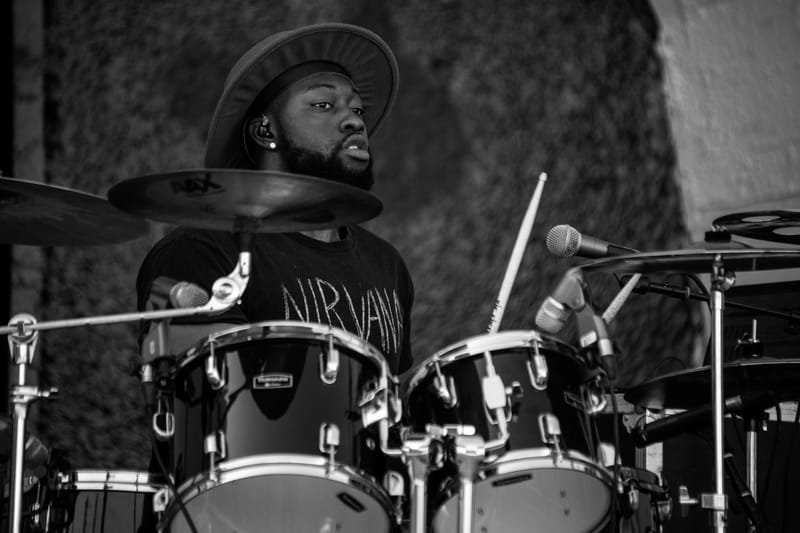 Samuel Lunguana, also known as “Smoove” or “SmooveOnDrumz” is a 23-year old drummer and band leader based out of Hamilton, Ontario. He' a self-taught musician that has been playing drums since he was 16 years old. He honed his skills in the local church and gig scene in the Greater Toronto Area. He is most known for his tastefulness, great feel, deep grooves, and impressive drum-fills Currently, he works as a band-director and arranger He is also the Executive Producer and the main drummer of UnderGround Live TV, based out of Toronto. His accomplishments include being the drummer for award-winning choirs, Bishop Ryan Expression and Victory International Church Choir. Most recently, he was named a "Spotlight Black Hamiltonian" for his work as a musician and artist.