Garnetta’s story begins in Montreal Canada, a bilingual, Indigenous Black Canadian girl, a musical daughter of a sophisticated strong woman; and the youngest of 6 other talented girls. Watching her mother (Miss Marva Ann) use music to survive, thrive, heal, and grow; Garnetta used music for the same purpose. As a child, Garnetta had a hearing impairment making her temporarily deaf; that required surgical treatment to repair. Loving music gave her the lead to survive, the determination to thrive, the peace to heal and a reason to grow.

She diversified her musicality at a young age with a passion for gospel, blues, country, and soul music. Following her sisters in talent contests, Garnetta was a child performer, in costumes tailored by her mother and performing hit songs from the Supremes, Staple Singers & The Jackson 5 for the next big cheer. With her bold, rich tone and innate talent; Garnetta became the lead vocalist in a junior choir and often participating where she could in performance opportunities with her sisters.

Garnetta reflects on recording “Miss Marva Ann” - “I felt compelled to write a song tribute to my mother, Marva Ann Fairfax. She was raised in the 1940s, in a very strict home as the only daughter with 2 brothers. My mother’s strength empowers me. Her fierceness to fed, clothed, and most importantly protecting her 6 girls.
As Garnetta continued her music journey, becoming a lead vocalist and drummer for a Toronto’s only female reggae band Sweet Sensation, performing on the same stage with Platinum/Grammy Award artists like Maxi Priest, Shabba Ranks, Shaggy, Gregory Issac and Sean Kingston and as a classic soul R&B artist, she has also shared the stage with Soul legends and Grammy Award artists like Percy Sledge, Dorothy Moore and The Manhattans. Retreating from the group, Nova Scotia compelled her to pack up life and be with family during a time of loss. Relocating within weeks, Garnetta scooped any job to pay the bills.

Her excellent work ethic and customer service had rendered her a series of job promotions. After a restructuring promotion, Garnetta was placed under the supervision of a racist and violent individual. Needing to move forward, Garnetta registered with the military reserves, and continued to educate as a correctional officer. However, in this role, she was also treated with incredible levels of disrespect and indecency. Garnetta was hurt, in a dark place and angry.

Emerging from darkness, Garnetta joined an R&B band in Nova Scotia called Bonafide, and set off for happiness, success, and change. What seemed prosperous was not. Garnetta experienced loss again when she found out her nephew in Ontario, had been shot and killed. Everyday seemed a battle, fighting past & present pains. Filled with sadness and anger, Garnetta channeled that energy through the power of weightlifting and her music.

“ Dance & Shout, It's A Women’s World", was written from my upbringing. It’s an anthem to all woman, directed to empower and inspire. I inherited my mother’s will to fight and survive in any circumstances; I hope my songs will connect with many audiences.” – Comments Garnetta Cromwell

Within 6 months of training, Garnetta won a gold medal and set a new provincial (Ontario) record; leading to competing in the PAN-AM Masters Canadian Games in 2018. Winning 2 gold medals, setting new Canadian records, Garnetta was heading to the 2019 World Championships in Montreal, Quebec; then an accident with a dump truck robbed her ability to compete. Admitting she needed to heal, Garnetta turned inside with self-reflection about life and her music. She committed to creating the music that was the soundscape to her story; that Soul-Funk and Classic R&B style allow Garnetta to live her best life.

The future is bright for Garnetta, she has been performing with her new funk/blues band Dagroovmasters, in studio recording with notable musicians like Mark Howe, Bassist (Amanda Marshall) and Juno Award/Blues artist/Piano/Hammond Kenny “Boss” Wayne, in addition, Garnetta is also the 2nd cousin of a world renowned wrestler/actor known as Dwayne "da rock" Johnson!

Mark Howe is an extraordinary bassist and has mastered the groove to any genre but specializes in the Funk, Soul & Blues! Mark led his own band, named Spectrum off and on since 1982, played as a few fill in bassist with Jeff Healy Band in the mid 80s( before “See the light” Album). 3 years with “The Jimmy Dooley Band”( he is from the Platters) and did a fill-in tour with Amanda Marshall.

Toshihiro Otani aka Toshi aka t-bird

Toshi Otani was born and raised on Japan's northernmost island of Hokkaido. When he was 12 years old, got first guitar from his friend. He taught himself to play by listening to the radio and records. His first experience of playing the blues was at the age of 19, as a bass player, with a band that practiced in a barbershop owned by the bandleader. In 2005, he moved to New York to joined a band called East village Pharmacy to recorded an album. He spent many years in Tokyo's lively Chicago-style blues scene before relocating to the Niagara region in 2013, in Hamilton 2019. When not playing music, Toshi can often be found taking things apart and putting them back together.

Samuel Lunguana, also known as “Smoove” or “SmooveOnDrumz” is a 23-year old drummer and band leader based out of Hamilton, Ontario. He' a self-taught musician that has been playing drums since he was 16 years old. He honed his skills in the local church and gig scene in the Greater Toronto Area. He is most known for his tastefulness, great feel, deep grooves, and impressive drum-fills Currently, he works as a band-director and arranger He is also the Executive Producer and the main drummer of UnderGround Live TV, based out of Toronto. His accomplishments include being the drummer for award-winning choirs, Bishop Ryan Expression and Victory International Church Choir. Most recently, he was named a "Spotlight Black Hamiltonian" for his work as a musician and artist.

Tim Nijenhuis was born and raised in Enschede, the Netherlands. After immigrating to Hamilton, Ontario, Canada, he studied music theory and Biblical Studies at Redeemer University College. In the past worked for a traveling opera company in the Netherlands,“Nationale Reisopera” and was formally employed as music teacher at “Guido de Brès, Christian High School”, located in Hamilton. Additionally he has fulfilled duties as music director at Blessings Christian Church, is a self-employed mural painter, and freelancer in film and television where he makes props and builds film sets. Additionally he performs as vocalist, pianist, guitarist, and bass-guitarist with various ensembles; composes and publishes sheet music, and is pursuing an online graduate degree in film composition and music production through Berklee College of music in Boston, Ma. 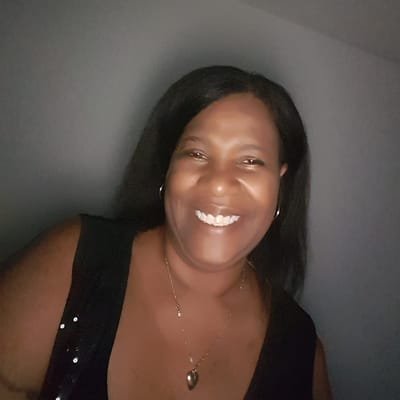 Garnetta & Dagroovmasters are the best band I've ever seen. Her performance is energetic and fun. She obviously has been entertaining for a while. I have never seen a band get their audience involved such as she does. My co-workers cannot stop talking about her. We are wondering when she'll be back. 3 of us were from out.of town. ALL have said they would have no problem coming back to see her. We will be inviting others from our organization - next time!!!! For those who have not yet experienced the sounds of Garnetta, you don’t know what you are missing, and she’s amazing!” “If you hear that Garnetta is singing in your neighborhood, run to that venue!” 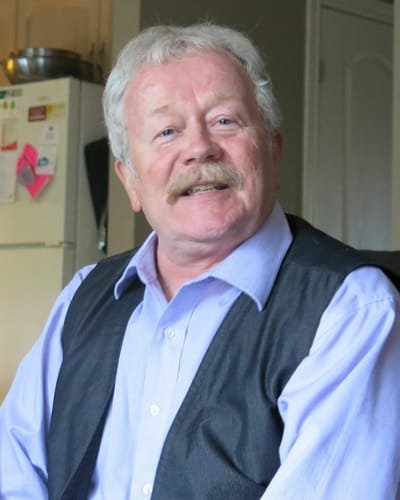 A total performer who knows how to work the crowd and get them in the boogie participation mode with ease. Miss G is the real deal!” 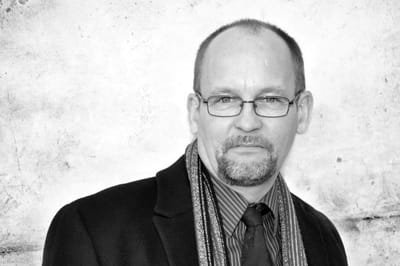 “ Garnetta and DaGroovmasters are a dynamic performance band that exudes the Love of the North American soul of music. The truly quintessential Canadian merging of cultures, channeling the deep cultural identity of the diaspora community of the East Coast. The Band members hail from around the world, but you know they live the music from their head to there toes, they eat drink and sleep Blues Funk and Soul, R E S P E C T. This is the real Deal… Prepare yourself! “ 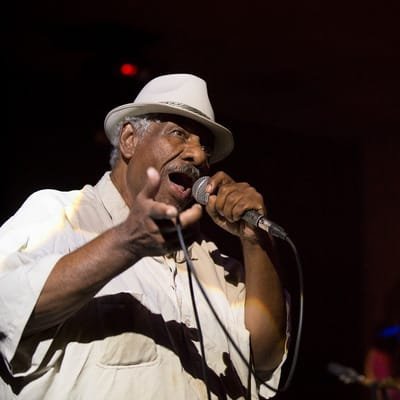 "I have been around many vocalists & musicians, but Garnetta & Dagroovmasters are special! Garnetta is not only an incredible vocalist but she is also an amazing entertainer. Dagroovmasters are very dynamic and they always bring the crowd on board! Some vocalists have great voices, but no dynamics, Garnetta has both! Garnetta excites her audiences and everyone feels special and involved. Garnetta's personality makes it easy to relate to the audience. I strongly recommend Garnetta & Dagroovmasters because they are a worthy force in all they do and I have no doubt that they will be moving up fast in the industry"! 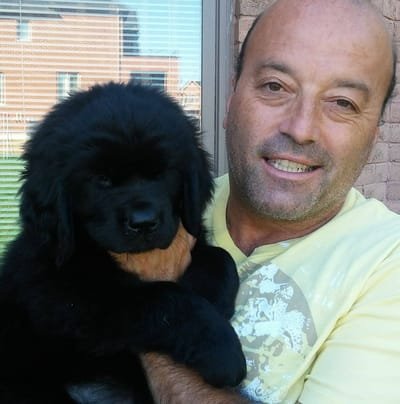 “Garnetta & DaGroovMasters are a class act!”

First out of many to come!

Garnetta's songwriting skills have earned her a spot as a semi finalist, in the International Songwriter's Competition 2021. She makes up the 11% out of 21,000 global entries.